When people start using CBD, they often wonder if a tolerance to CBD can be developed over time. The benefits of CBD range from general wellness to more therapeutic purposes. Users claim that it helps them find relaxation as well as with pain relief. This is why long-time CBD users are therefore understandably concerned about building up a CBD tolerance. CBD and its close psychoactive cousin, THC are both found in the cannabis plant, and regular marijuana smokers know that building up a tolerance to THC over time is possible. It’s only fair then, that CBD users have similar questions about CBD tolerance. 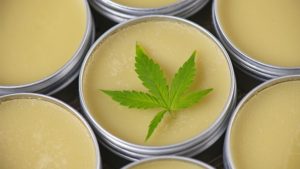 CBD oil is being seen more and more like a wonder compound with so many varied applications, with various methods of ingestion. Users take it as a CBD oil tincture, a capsule, or vape it, and sometimes combine these methods as well, which has led to some concerns about whether the positive effects will decline over time. In this article, we dive into what tolerance means and take a look at the research on CBD oil tolerance to find an answer.

What does tolerance mean?

If you’re someone that consumes more than 2 cups of coffee a day, think back to the time you started. It’s likely that you began with one cup a day, and found that over time it wasn’t enough to keep you going, which is why you progressed to 2, and then 3, and so on. This is because your body built up a tolerance to caffeine over time. As mentioned earlier, this can also happen with THC, alcohol and some prescription medications.

When you start to see a decline in the benefits of a substance with a dose that was previously effective. Consequently, you need to take more of the substance to achieve the desired benefits. Tolerance should not be confused with addiction or dependence, which is the urge to use a substance compulsively, independent of its effects. Before we get into tolerance to CBD, let’s first examine why tolerance occurs.

How does tolerance work?

Tolerance could happen in one of 3 ways: metabolic tolerance, behavioral tolerance, or cellular tolerance.

Cellular tolerance occurs when repeated binding of a substance with the receptor ends up reducing the sensitivity of the receptor. This is one of the reasons why THC tolerance is so common. It binds to endocannabinoid receptors in the brain, and repeated use desensitizes these receptors, making THC less effective over time.

Metabolic tolerance most often occurs when taking substances orally. The metabolic process is a long one. A substance enters the bloodstream and travels to different parts of the body (including the target organ). The digestive system breaks it down (or metabolizes it) and then it is expelled from the body. Over time, the amount of the substance that reaches its target organ may decline, most likely because of an increase in enzymes that break the substance down. This leads to the substance being less effective over time.

Behavioral tolerance most often occurs with psychoactive substances that cause changes in mood and energy. A frequent user of an illicit drug might, for instance, figures out ways to function normally on a daily basis while on the drug or combat the negative effects of the drug through practice.

Can Your Body Build A Tolerance to CBD?

Based on the research available, it is generally agreed that you cannot become CBD resistant.[1] [2] In fact, users report that after a few months of consistent CBD use, they actually need less CBD to achieve the same results, a phenomenon called reverse tolerance.

What is CBD reverse tolerance?

Reverse tolerance is also called drug sensitization. Even with some prescription antidepressants or antibiotics, an initial high dose is prescribed to combat the illness, after which the patient can move to a much lower ‘maintenance dose’. The same appears to be true with CBD. After increasing the sensitivity of endocannabinoid receptors and increasing the number of endocannabinoids as well, CBD has pretty much done its job and can be taken at lower doses for maintenance.

Of course, how long it takes to achieve this will vary from person to person. Someone with a very imbalanced endocannabinoid tone may take longer to achieve stable endocannabinoid function. Someone taking CBD for pain relief may find that they do not build up reverse tolerance to CBD oil at all, particularly if the sources of their pain are varied. Nevertheless, reverse tolerance to CBD is exciting for users from a therapeutic and financial standpoint. It means that if you’re on a particularly high dose of CBD due to certain wellness requirements, you may not have to shell out money for the same dose forever.

Even though THC and CBD come from the same cannabis plant species, they affect the endocannabinoid system in very different ways. THC works by binding to endocannabinoid receptors and desensitizing them over time. CBD, on the other hand, works as a receptor antagonist. [3] What this means is that it blocks the activity of endocannabinoidreceptors, making them more sensitive over time. This is understood to be a major reason for the many benefits of CBD. Research suggests that a lot of issues that arise from the endocannabinoid system actually occur due to its overactivity. This is why a CBD oil tolerance is highly unlikely. In a review conducted on the ‘Safety and Side Effects of Cannabidiol’ the authors concluded that none of the studies reported resistance to CBD. 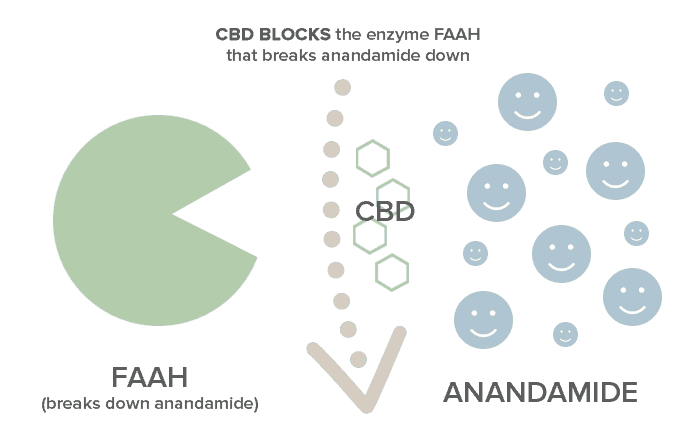 As if that wasn’t enough, CBD also increases levels of the body’s natural endocannabinoids by blocking enzymes that break them down. For instance, anandamide is an endocannabinoid also referred to as the ‘bliss molecule’ that has several purported effects such as anxiety relief, euphoria and more. CBD blocks the enzyme FAAH that breaks anandamide down. The result? Anandamide sticks around in your system for longer, so you can feel its effects for more prolonged periods. Both of these reasons contribute to the reverse tolerance phenomenon of CBD.

How to take CBD for best effects

There is no clear answer as to what should be a standard dosage for CBD oil. Everyone’s body, genetic makeup, and endocannabinoid systems are different, therefore a process of experimentation is recommended when starting out with CBD. There are, however, a few best practices to follow:

Stick with the same CBD brand.

Make sure you choose CBD oil that is broad spectrum with a good blend of cannabinoids, terpenes, and flavonoids for maximum bioavailability. Once you’ve selected your brand, don’t switch to another: this could give you mixed results.

Stick with the same CBD product.

Whether you decide to go for CBD drops, CBD capsules, CBD vape oil, or a combination of these, maintain consistency. Different products are absorbed by the body at varying rates, which would make it harder for you to figure out which one works best for your body.

Pay close attention to your body.

It might be useful to keep a journal to chart your progress with CBD. Pay attention to physical, mental and emotional effects that you feel at each dosage. This will allow you to make the best choice for yourself. Note that CBD might not show noticeable effects immediately, but that doesn’t mean it isn’t working. The endocannabinoid system is a complex one and correcting an imbalance in it will take time. The benefits you experience may also be subtle at first, but paying attention to your health and tracking any differences is a therapeutic activity that will likely end up making you feel more centered as well.

As discussed, resistance is highly unlikely, but if you find that your dose is no longer giving you the desired effects, take a break from CBD. A tolerance break for CBD would involve not taking it for a few days (preferably a week). It also helps that CBD does not seem to present withdrawal symptoms if one stops taking it cold turkey. After a week or so, you should be able to start taking it at a lower dose. 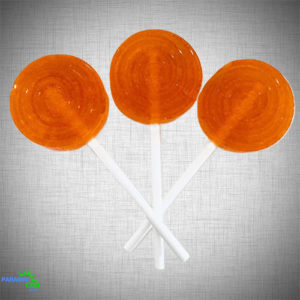 The much more likely scenario is that the beneficial effects will increase over time at the same dosage. For instance, say you’re taking 2ml of a 1000mg CBD tincture (66mg of CBD) a day for a few months. After a while, you might find that your desired effects are consistently increasing without an increase in dosage. This means you’ve hit reverse tolerance, and you can safely go down to 1ml (33mg of CBD) a day. As always, pay attention to your body and don’t be afraid to experiment!

It can be exciting and fun to find out what CBD product and dosage works best for you. Several users say that charting CBD’s effects is a process that makes them feel more connected with themselves and their bodies, which is something everyone could use.

Because of the way that CBD interacts with endocannabinoid receptors in the brain, it is very unlikely that users will build a CBD oil tolerance. The fact that so many users develop reverse tolerance to CBD is one of the reasons for its far-reaching popularity compared to pharmaceuticals. If you take CBD keeping the above practices in mind, you’ll very likely find your way to becoming a new, balanced you!